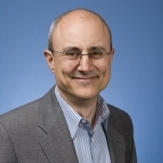 Michael L. Ross is a Professor in the Department of Political Science and the Institute of the Environment and Sustainability. He has published widely on the politics of climate change, fossil fuels, gender rights, and democracy. His most recent book, The Oil Curse: How Petroleum Wealth Shapes the Development of Nations has been translated into Arabic, Russian, Portuguese, Kurdish, and Japanese and was named an “Outstanding Academic Title” by Choice magazine.

Ross is co-founder of the Project on Resources and Governance, a Non-Resident Fellow at the Center for Global Development, is a member of the editorial boards of World Politics and Comparative Political Studies, and has served on advisory boards for the World Bank, the United Nations, the US Interior Department, the Natural Resources Governance Institute and the Payne Institute. He has also held visiting positions at Oxford University and the World Bank, and was previously an Assistant Professor at the University of Michigan.

He has also written articles for Foreign Affairs, Foreign Policy, Harper’s, The New York Times, The Los Angeles Times, and his research has been featured in The Washington Post, Newsweek, Financial Times, and many other publications.