Home / Alumni / Board of Advisors 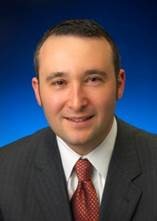 Mr. Aron has over 23 years of consulting experience, specializing in providing business strategy, operations and technology solutions in the financial services industry.  His industry focus areas include banking, lending and payments with expertise in the development and rollout of new business lines, products, services and associated operating models and technologies both in the U.S. and Internationally. Mr. Aron has partnered with financial institutions to develop product and service strategies using emerging technologies or new acquisitions.  Mr. Aron has been a guest speaker at numerous industry conferences and client board and advisory meetings in subjects ranging from procure-to-pay trends, the impact of social media on financial services and the impact of digital/virtual currencies on payments as well as impacts of the Single Euro-Payments Area (SEPA) initiative.  Mr. Aron also leads Deloitte’s Business Technology Analyst program for the West region. 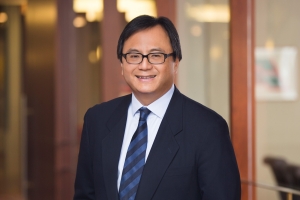 James Hsu is a partner at Squire Patton Boggs and leads the corporate practice group in Los Angeles. James represents clients in a broad range of corporate and securities matters including mergers and acquisitions, debt and equity offerings, public finance transactions, tax exempt financing, fund formation, private equity and venture capital transactions, joint ventures and partnerships, technology licensing and general corporate counseling. James was selected by the National Asian Pacific American Bar Association (NAPABA) as one of the Best Lawyers under 40 in 2005. In 2007, James received the California Lawyer’s Angel Award for outstanding pro bono service. James is a member of the board of directors for the Asian Business League of Southern California (ABL), the Center for Asian Americans United for Self-Empowerment (CAUSE) and the Los Angeles Economic Development Corporation. James lives with his wife, Shelley Wang, who is also a UCLA alumnus, in Rancho Palos Verdes. 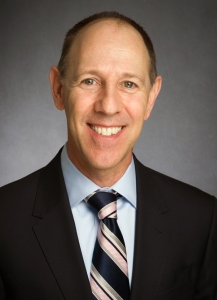 Stephen J. Kaufman is the founder of Kaufman Legal Group, a law firm specializing in the niche market of political law.  The firm has offices in Los Angeles and Sacramento, advising clients on a wide variety of campaign finance and election law issues and representing them in government investigations.  A recognized authority in the field of campaign finance and election law, Mr. Kaufman’s clients include some of the top political players in California and Washington, D.C., including elected officials, candidates, PACs, labor unions, businesses, non-profit organizations, ballot measure campaigns, political parties, campaign donors, and government agencies.

Mr. Kaufman is an expert on voting systems and election procedures. He was a recount attorney for the Gore-Lieberman campaign in Florida following the 2000 Presidential election, and in 2001, he was appointed Chief Counsel to the U.S. House of Representatives Democratic Caucus Special Committee on Election Reform. He currently serves as Chair of the State Voting Modernization Board, and is a former President of the California Political Attorneys Association.

Mr. Kaufman obtained a Bachelor’s degree in Political Science from UCLA in 1984, and received his law degree from the University of California, Hastings College of the Law in San Francisco in 1987.

A frequent author and speaker on campaign reform and election issues, Mr. Kaufman appears regularly in the local media and serves as a lecturer and panelist before numerous public and private organizations. He was selected by California Law Business magazine in 2001 as one of California’s top 20 attorneys under age 40, and is a past recipient of the California State Bar’s Wiley W. Manuel Award for his commitment to pro bono legal services. Mr. Kaufman was named by the Los Angeles Business Journal as one of the 500 most influential people in Los Angeles in 2016 and 2017, and was honored by the Daily Journal as one of the Top 100 Lawyers in California in 2018. 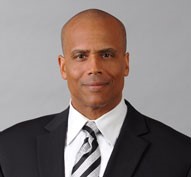 Marcellus Antonio McRae is a partner in the Los Angeles office of Gibson, Dunn & Crutcher LLP.  He is a member of the firm’s Litigation, White Collar Defense and Investigations, Labor and Employment, and Media and Entertainment Practice Groups.  Mr. McRae has first chaired numerous jury trials, bench trials, and arbitrations in both federal and state courts.  He also writes and speaks on trial and litigation skills, white-collar criminal defense, labor and employment law, and other topics.  Mr. McRae’s litigation and white-collar criminal defense practices focus on a wide variety of business disputes, internal investigations, and criminal prosecutions including defense of individuals and corporations in cases involving allegations of: financial fraud, public corruption, violation of federal and state environmental laws, health care fraud, wrongful death, criminal antitrust violations, and other matters.  He also represents and advises employers in a broad range of employment and labor matters including gender and race discrimination cases, wrongful termination and whistleblower claims, sexual harassment cases, and retaliation claims.  Marcellus brings a unique and riveting oratory and storytelling skill to the courtroom that connects with clients, juries, and courtroom observers. 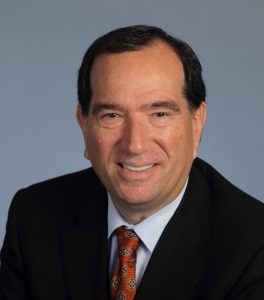 Scott Richland is the Chief Investment Officer of the California Institute of Technology in Pasadena California, which he joined in 2010. In his role he oversees the investment of Caltech’s $3.0 billion endowment and nearly $300 million construction fund and also oversees the Institute’s insurance risk management and off-campus real estate programs acquisition and divestiture programs.  Since joining Caltech he and his team have moved the endowment from a bottom quartile performer to the top decile. He is a member of the President’s cabinet, the Institute Administrative Council, the JPL Retiree Healthcare Plan Board of Trustees, and the Caltech Retirement Plan Investment Oversight Committee.  In addition, he has led or served on the search committees for several executive-level searches for the Institute. 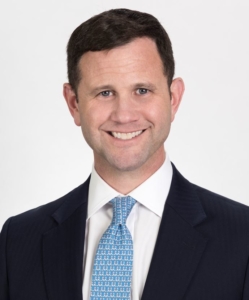 Bruce Schachne is Head of Sales for the Americas Region and Global Head of Marketing for S&P Global Ratings in New York City. In this role, Bruce has responsibility for over $2 billion of annual revenue.  Bruce manages a large team of relationship managers, business development professionals and marketing professionals who are responsible for S&P Ratings client-facing commercial activities. 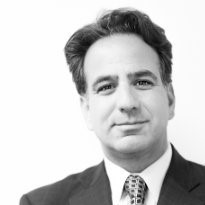 Jim Scheinberg is Managing Partner, Founder & Chief Investment Officer of North Pier Fiduciary Management. He began his career in venture capital in 1990 moving to general securities with Smith Barney Harris Upham in 1992. He joined Oppenheimer & Co., Inc. in 1994 as an Associate in the Oppenheimer Consulting Group, the firm’s institutional investment management consulting department, where he worked with sponsors of trustee-directed plans and other institutional clients. In 2001, Jim founded what would become the Corporate Services Group of Oppenheimer Co., Inc. (CSG), where he eventually held the position of Director and Senior Vice President. CSG was an industry pioneer in providing conflict free, fee-only investment consulting and fiduciary advocacy for institutional, participant-directed plan sponsors. In 2008, Jim and CSG Partner Brant Griffin founded North Pier Fiduciary Management LLC. 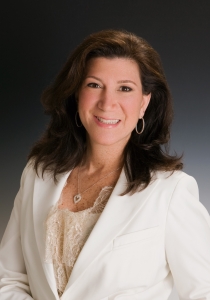 Jill Tananbaum has more than 25 years of complex commercial legal experience. She is licensed by the State Bars of California, New York and Texas as well a member of several Federal Courts covering California, New York and Texas. Jill graduated in 1988 from UCLA with a B.A. in Political Science/Business Emphasis and in 1992 from Loyola Law School in Los Angeles with a J.D. where she was awarded Order of the Coif, Alpha Sigma Nu Law Honor Society and Saint Thomas More Law Honor Society. She worked in Washington, D.C. as United States Supreme Court Chief Justice Rehnquist’s and Justice O’Connor’s judicial intern. Ms. Tananbaum served as Judicial Extern for The Honorable Consuelo Marshall in Federal Court for the Central District of California Court in Los Angeles and worked as a summer attorney in New York and Los Angeles for Coudert Brothers. During her third year in law school, she served as a student District Attorney in Los Angeles County, Inglewood Division.

After law school, Ms. Tananbaum practiced for two years in Coudert Brothers’ litigation department. She moved to Dallas, Texas in 1994, and joined Jones Days’ litigation department, before founding Breakwater Strategies, a general counsel/litigation management and strategy practice in 2000. She has handled many complex business and financial matters as well as family law matters involving complex business and financial issues. Jill is a member of the Pro Bono College of the State Bar of Texas and has been quoted in Law360. 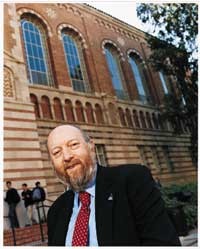 Howard Welinsky is former Senior Vice President/Administration of Warner Brothers Distributing.  Since 1976 he held several positions at Warner Brothers, including Vice President of Administration, Director of Branch Operations, and Sales Analyst.  Welinsky is very active in Democratic Party politics, serving on the California Democratic State Central Committee since 1991 and as a delegate to the Democratic National Convention in 1980, 1988 and 1996.  Welinsky lives in Toluca Lake with his wife, Karren Ganstwig, who also graduated from UCLA. 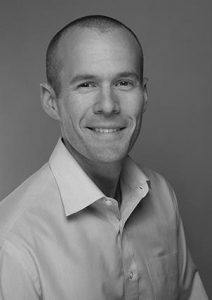 Adam Wolfson is a partner in Quinn Emanuel Urquhart & Sullivan LLP’s Los Angeles office whose practice focuses on both plaintiff and defense-side representations in high-stakes complex commercial and intellectual property disputes. Adam has extensive experience in all types of complex litigation, with a particular focus in cases involving antitrust law, products liability, class actions, unfair competition, trade secret misappropriation, and patent and copyright infringement. To date, he has helped his clients obtain more than $5 billion in recoveries, stemming from both trial verdicts and settlements.  On the defense side, he has helped clients avoid liability for multiples of that number.  Adam has been named a Rising Star in class actions by national legal journal Law360, and was named by Legal 500 USA as a Recommended Lawyer in the Antitrust Litigation category. 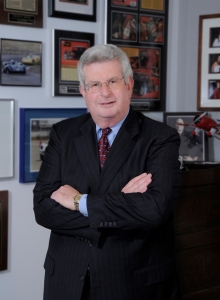 Steven E. Young is a senior attorney in the Los Angeles office of Theodora Oringher. His practice focuses on intellectual property, licensing, entertainment, real estate and general business litigation. Additionally, he has significant experience in all aspects of licensing of products such as fashion items, furniture, automotive performance products, luxury brand liquor and other lifestyle products, involving, among other things, television and motion picture characters, sports teams and personalities as well as original works of art. Mr. Young has conducted numerous jury and non-jury trials in both State and Federal Courts as well as arbitrations.

Mr. Young has authored articles for the American Bar Association, has been a Judge Pro Tem in the Los Angeles Superior Court, and has received numerous accolades in the Los Angeles Daily Journal and Metropolitan News. He has been awarded an AV Preeminent Rating by Martindale-Hubbell Peer Review, the highest rating in legal ability and ethical standards, and named to the Southern California Super Lawyers list (2016-2017), a designation bestowed on only the top 5% of lawyers in this region. Mr. Young is the immediate past Chairman of the Board of the Petersen Automotive Museum.