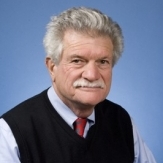 Professor Lofchie is the Associate Dean for Social Science, former Chair of the Department and a specialist in comparative politics and African studies.
He served as the director of UCLA’s James S. Coleman African Studies Center from 1978 to 1989. Professor Lofchie teaches undergraduate and graduate introductions to comparative government, and offers graduate seminars on the political economy of Africa and structural adjustment. His research focuses on the politics of economic reform in Africa. His most recent book is The Political Economy of Tanzania: Decline and Recovery (Penn Press, 2014), which focuses on that nation’s five decades of postcolonial development — examining its successes as well as failures. An earlier work, The Policy Factor: Agricultural Performance in Kenya and Tanzania (Lynne Rienner, 1989) explored agricultural policy and urban bias in Kenya and Tanzania. Professor Lofchie’s work has become an influential source for scholars and policy makers seeking to understand the dynamics of famine in Africa. He has worked as a consultant to U.S.A.I.D. and World Bank projects.