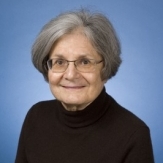 Professor Orren’s research and teaching has concentrated on American political institutions and social movements, analyzed in historical perspective.
Along with Stephen Skowronek (Yale University), she is founder and editor of Studies in American Political Development, a journal published twice annually by Cambridge University Press; the two are currently at work on a book about research in that field. Orren is at present also writing a book-length study of American politics over time as viewed through the lens of officeholders’ changing authority and a chapter for the Cambridge History of American law on the period from 1877-1920. During 2002 she will give courses on American political development and on religion and politics. A representative list of recent publications includes Regimes and Regime Building: Some lessons from the 1940s, Political Science Quarterly, Vol 113, Winter 1998-99 (with Stephen Skowronek); Officers’ Rights: Toward a Unified Field Theory of American Constitutional Development,34 Law and Society Review 873 2001; and Constitutional Development in the United States and Argentina, in Multiple Modernities: Comparative Perspectives on the Americas, eds. Luis Roniger and Carlos Waisman, eds. Sussex Academic Press, (forthcoming).