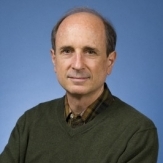 John Zaller studies American politics and public opinion.
His first book, The Nature and Origins of Mass Opinion (Cambridge, 1992), explored how political messages reach the public and influence its thinking. His forthcoming book, A Theory of Media Politics, describes how the conflicting interests of reporters, politicians, and citizens shape the news. A second in-progress book, which is co-authored with three graduate students in the department, is called Beating Reform: The Resurgence of Parties in Presidential Nominations, 1980 – 2000. Its argument is that, by coordinating among themselves and controlling the resources necessary to run in the primaries, party leaders now control presidential nominations as firmly as they did in the period prior to the McGovern-Fraser reforms. Other recent projects use simulation models to explore incumbency advantage in House elections and to determine the power of opinion surveys to identify the influence of media events on public sentiment. Professor Zaller teaches graduate and undergraduate courses in American politics, public opinion, and statistical methods. He served for eight years on the Board of Overseers of the National Election Studies and has been elected a Fellow of the American Academy of Arts and Sciences and the Center for Advanced Study in the Behavioral Sciences.