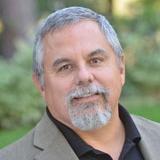 Before beginning his appointment as Dean at UCLA Luskin in January 2017, professor Segura served as the Morris M. Doyle Centennial Professor of Public Policy, professor of political science, and professor and former chair of Chicana/o-Latina/o studies at Stanford University. A member of the Stanford faculty since 2008, he was a faculty affiliate of African and African American studies; American studies; feminist, gender and sexuality studies; Latin American studies; and urban studies. In addition, he was the director of the Center for American Democracy and the director of the Institute on the Politics of Inequality, Race and Ethnicity at Stanford. In 2010, Professor Segura was elected as a fellow of the American Academy of Arts and Sciences. Prior to joining Stanford, he was a member of the faculty at the University of Washington (2005-08), the University of Iowa (2001-05), Claremont Graduate University (1996-2001) and the University of California, Davis (1991-96).

Professor Segura received a B.A. magna cum laude in political science from Loyola University of the South, and an A.M. and a Ph.D. in political science from the University of Illinois at Urbana-Champaign. His research focuses on issues of political representation and social cleavages, the domestic politics of wartime public opinion and the politics of America’s growing Latino minority. Professor Segura has published more than 55 articles and chapters, and he is a co-editor of “Diversity in Democracy: Minority Representation in the United States” and a co-author of four books — “Latino America: How America’s Most Dynamic Population is Poised to Transform the Politics of the Nation;” “Latinos in the New Millennium: An Almanac of Opinion, Behavior, and Policy Preferences;” “The Future is Ours: Minority Politics, Political Behavior, and the Multiracial Era of American Politics;” and “Latino Lives in America: Making It Home.”

Active in professional service, he has served on numerous committees and editorial boards, and he is a past president of the Western Political Science Association, Midwest Political Science Association and Latino Caucus in Political Science. From 2009 to 2015, he was the co-principal investigator of the American National Election Studies. Moreover, he has briefed members of Congress and senior administration officials on issues related to Latinos, served as an expert witness in three marriage equality cases heard by the Supreme Court, and has filed amicus curiae briefs on subjects as diverse as voting rights, marriage equality and affirmative action.