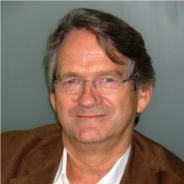 Anthony Pagden was educated in Santiago (Chile) London, Barcelona and Oxford and holds a B.A.. M.A. and D.Phil. from the University of Oxford.
He has been a Fellow of Merton College, Oxford, Senior Research Fellow of the Warburg Institute (London), Professor of History at the European University Institute (Florence), University Reader in Intellectual History and Fellow of King’s College, Cambridge and the Harry C. Black Professor of History at Johns Hopkins. His research has concentrated on the relationship, cultural, political and legal, between the peoples of Europe and its overseas settlements and those of the non-European world from the Atlantic to the Pacific. His main concern is in the political theory of empire, in how the West sought to explain to itself how and why it had come to dominate so much of the world, and in the present consequences of the erosion of that domination. He has also written widely about cosmopolitanism, nationalism, internationalism and about the history and the future of the European Union. He is the author of more than a dozen books many of which have been translated into a number of European and Asian languages. His most recent publications include The Enlightenment – and why it still matters (Random House and Oxford University Press) in 2013, and in 2015, The Burdens of Empire: 1539 to the Present (Cambridge University Press). He has also written for the New Republic, the National Interest the New York Times, the Los Angeles Times, El Pais (Spain) Il Sole 24 Ore (Italy) the London Review of Books and the Times Literary Supplement. He teaches classes in the history of political thought from the sixteenth to the nineteenth century, in the theory of international relations, and seminars on imperialism and nationalism and on the theory of racism and ethnicity since antiquity.