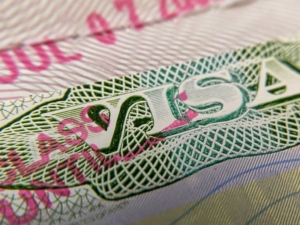 On June 22nd, President Trump issued an executive order to restrict certain types of immigrants and temporary foreign workers from coming to the U.S. The order applied to future immigrants — not to those already here, or to those who were already approved to move here. Surprisingly, the order targeted not just so-called “low-skill” immigration, which has largely been the focus of the Trump administration’s immigration agenda; it also restricted new H-1B visas, which traditionally go to foreign workers in the U.S. tech sector.

The rationale given by the president was that with so many Americans out of work right now, he did not want more people from other countries competing with Americans for the available jobs.

But the modern economy is technologically advanced, and globally connected. If businesses that want to find more workers are restricted from hiring immigrants, those businesses have a number of other options for how to get the work done.

And so it’s possible that tightening immigration restrictions on these workers will not result in more jobs for Americans in the future. In fact, it might even result in fewer. Today’s show features Maggie Peters, author of “Trading Barriers: Immigration and the Remaking of Globalization”.