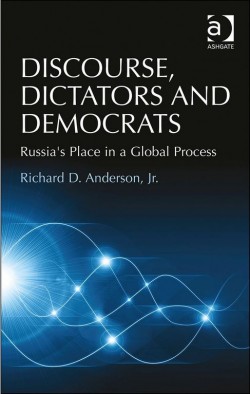 Discourse, Dictators and Democrats: Russia’s Place in a Global Process

Voting hides a familiar puzzle. Many people take the trouble to vote even though each voter’s prospect of deciding the election is nearly nil. Russians vote even when pervasive electoral fraud virtually eliminates even that slim chance. The right to vote has commonly been won by protesters who risked death or injury even though any one protester could have stayed home without lessening the protest’s chance of success.

Could people vote or protest because they stop considering their own chances and start to think about an identity shared with others? If what they hear or read affects political identity, a shift in political discourse might not just evoke protests and voting but also make the minority that has imposed the dictator’s will suddenly lose heart. During the Soviet Union’s final years the cues that set communist discourse apart from standard Russian sharply dwindled. A similar convergence of political discourse with local language has preceded expansion of the right to vote in many states around the globe. Richard D. Anderson, Jr., presents a groundbreaking theory of what language use does to politics.

For more information about the book and its author click here.