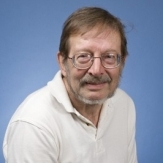 His book Commerce and Coalitions explores how international trade shapes domestic political coalitions. In 1999, the American Political Science Association honored him by organizing a roundtable discussion to commemorate the tenth anniversary of its publication. His recent work considers how the design of electoral systems affects a nation’s economic policies. He has also investigated globalization, capital mobility, and the sources of price differentials across national boundaries. Rogowski teaches an undergraduate introduction to comparative politics and a graduate course on the external sources of domestic politics. Professor Rogowski served as the Chair of the Political Science Department during a period of growing national prominence. He has been a Fellow at the Center for Advanced Study in the Behavioral Sciences.
– Born on wheat farm in Nebraska in 1944. Parents were sharecropping tenant farmers, maternal grandfather had been activist for William Jennings Bryan. Attended one-room country school and graduated (just short of 16th birthday) from small-town high-school; graduating class numbered 28.- Was first in his family to attend university (father had tenth-grade education). Did B.A. in Political Science and Mathematics (double major) at University of Nebraska, was accepted to Ph.D. program at Princeton but then took a year to attend Freie Universität Berlin 1964-65. Finished Ph.D. at Princeton in 1970, joined Princeton faculty.- Moved to Duke University in 1975 and to UCLA in 1981. Has held research appointments at Harvard University (3 different occasions), Center for Advanced Study in Behavioral Sciences (Stanford), and Wissenschaftskolleg zu Berlin (2007-2008).