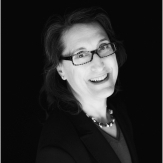 Miriam Golden is currently involved in a major research project on the partisan and electoral bases of political corruption in rich and poor democracies.
Drawing on a decade of research into political corruption and pork barrel politics in Italy in the second half of the twentieth century, Golden has begun investigating similar phenomena in contemporary India. She recently served as Chair of the American Political Science Association’s Organized Section in Political Economy and serves on the editorial boards of various U.S. and European professional journals. Golden’s research has been funded by the National Science Foundation, the International Growth Centre, and the Governments of Quebec and Canada. For the 2011-2012 academic year, she was on leave as a Visiting Scholar at the Center for the Study of Democratic Politics at the Woodrow Wilson School of Public and International Affairs, Princeton University. At the undergraduate level she teaches PS167D, Political Institutions and Economic Development, and at the graduate level she teaches seminars on distributive politics and on inequality as well as participating in the instruction of the core seminar in the field of comparative politics.