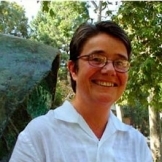 Professor of Political Science and Comparative Literature
Since the Renaissance, however, pivoted around the rediscovery of antiquity, her interests necessarily extend to the Greek and Roman literatures that so fascinated early modern European political writers. Professor McClure’s seminars over the years have focused on modern and contemporary political theory, the history and historiography of political literatures, contemporary literary theory, and feminist theory. They have included courses on such particular thinkers as Locke, Machiavelli and Rousseau, or Bakhtin, as well as more general topical explorations of History and Theory, Politics, Theory, and Narrative, Politic Reading: the Problem of the Historical Text in Political Theory and Literary Studies, and The Subject of Rights. Her current research focuses on History, Theory, and the Subject of Rights. As the 2001-2002 William Andrews Clark Professor she will be directing the Clark Library and Center for Seventeenth and Eighteenth Century Studies Core Program, on this topic, and offering related graduate seminars in Fall 2001 and Spring 2002. In addition to Judging Rights: Lockean Politics and the Limits of Consent (Cornell, 1996)