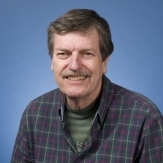 My general research interests are in social psychology; political psychology; intergroup conflict; attitudes and the life cycle. My current research falls into five specific areas:
Racism in politics. A number of projects continue my interest in the origins and effects of a new, post-civil-rights era, racism in politics, which we describe as symbolic racism. It is the most common and most politically powerful form of racism in American politics today. We also have pursued the idea of black exceptionalism, that white Americans treat Latinos and Asian Americans more like the European immigrants of a century ago than like African Americans, who continue to face a relatively impermeable color line (with P.J. Henry, Chris Tarman, and Colette van Laar). Southern realignment to the Republican party. A related line of research investigates the long-term continuities of racial politics in the South. In particular it examines the role of white racism, based in a long history of racial antagonism in the South, and today embedded in Christian fundamentalism, as a force that has successfully moved many white Southerners to the Republican party (with Nicholas Valentino). Political multiculturalism. The expanded ethnic and racial diversity in the United States and other western nations has brought with it proposals for greater formal recognition of ethnic and racial identity in politics, law, and other social institutions, growing out of the multicultural movement. This raises a number of important psychological questions, concerning the determinants of strong ethnic identity, the role of exposure to American racial politics (as opposed to assimilationist tendencies) in determining the long-term integration of immigrant minorities, the complex links between American and ethnic identity among ethnic minorities, and the determinants of white Americans’ attitudes toward immigration, liberal language policies, affirmative action, and other ethnic entitlements (with Jack Citrin, P.J. Henry, Jim Sidanius, and Kate Fu). See, mostly recently, American Identity and the Politics of Multiculturalism (Cambridge Univ. Press, 2014) by Citrin and Sears.

The effects of terrorist attacks on domestic intergroup relations. It was widely speculated that the terrorist attacks of September 11 produced a reduction in intergroup tensions within the United States, as Americans of all creeds and colors came together in a united front. That is a testable social psychological proposition (with Ludwin Molina, Sabrina Pagano). Life cycle effects on attitudes. I continue to maintain a long-term interest in the effects of early political socialization, especially on politically important attitudes such as partisanship, ideology, racism, and ethnic identity. This raises fundamental questions about the relative power of realistic adulthood forces (such as self-interest) as opposed to the residues of pre-adulthood, or early-adult, attitudes in determining attitudes toward political issues in later adulthood (with P. J. Henry, Kate Fu, Nicholas Valentino, Carolyn Funk). For more information, please visit my lab: Sears Political Psychology Lab