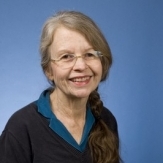 Barbara Geddes works on autocratic politics, regime transition, democratization, bureaucratic reform and corruption, political bargaining over institutional change, and research design.  Her current research focuses on politics in dictatorships. Her most recent book is How Dictatorships Work: Power, Personalization, and Collapse (with Joseph Wright and Erica Frantz), 2018. The original data set on which the book was based, The Authoritarian Regimes Data Set (http://sites.psu.edu/dictators/), was awarded the Lijphart/Przeworski/Verba Best Original Data Set Award give by the Comparative Politics Organized Section of the American Political Science Association. Her other publications include Paradigms and Sand Castles: Theory Building and Research Design in Comparative Politic (2003); Politician’s Dilemma: Building State Capacity in Latin America (1994); “What Do We Know about Democratization after Twenty Years?” in the Annual Review of Political Science (1999); What Causes Democratization?” in The Oxford Handbook of Political Science (2009); and “Autocratic Breakdown and Regime Transitions: A New Data Set” (with Erica Frantz and Joseph Wright) in Perspectives on Politics (2014). She has chaired more than 50 dissertation committees, and she was the first recipient of the UCLA Political Science Department’s Best Mentor award, which was named after her. The Comparative Politics Organized Section of the American Political Science Association awarded her the Bingham Powell Graduate Mentoring Award in 2014. Until her recent retirement, she taught Latin American politics, authoritarian politics, and research design at UCLA.