Home / Publications / The Burdens of Empire: 1539 to the Present 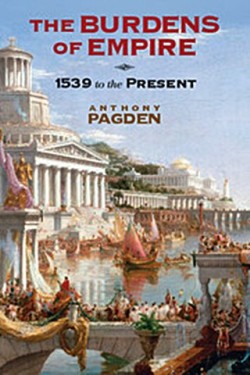 The Burdens of Empire: 1539 to the Present

Before, during, and even since the rise of nation-states – there were empires, though defined differently at different times.  In The Burdens of Empire, Prof. Anthony Pagden also suggests they have been more widespread and of greater influence to the development of modern states than many past studies have realized.  Even amidst a rising interest in past empires today, his book brings new breadth to the understanding of how their legacy of governing and making laws for diverse and often far-flung populations evolved into and influenced international law and relations among nations today.

Read more about the book here.