Home / Publications / Latino America: How America’s Most Dynamic Population is Poised to... 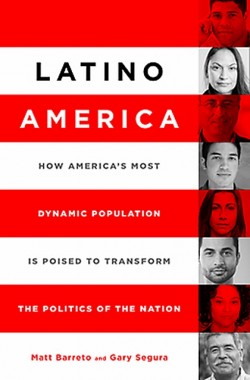 Latino America: How America’s Most Dynamic Population is Poised to Transform the Politics of the Nation

Some months before this book reached shelves in late 2014 — co-authors Barreto and Seguro note — a Latino child in California “tipped the demographic scales” to the point where Latinos displaced non-Hispanic whites as the largest racial/ethnic group in the state for the first time since it was Mexican territory, in the mid-19th century.  In another six years, Texas will follow suit, making America’s two largest states more “Latino” in population makeup, than anything else. The authors of Latino America, themselves influential pollsters and researchers of the developing influence of this growing (non)minority, point to transformations already effected by Latinos in the United States in recent decades, and give evidence of how this emergent –but by no means monolithic — political constituency may be seen as developing a “group identity” that could bypass their original (and sometimes divisive) national and regional origins and loyalties, leading them to drive the outcome of future elections — “as soon as 2016.”