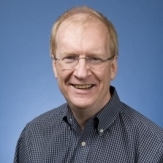 Dick Anderson trained as a specialist on Soviet politics and foreign policy, to which he brought an expertise on military affairs.
After the Soviet Union’s dismemberment in 1991 he shifted to investigating how elections replace self-appointment of those exercising ultimate political authority. Having noticed that shifts in political discourse preceded the transition from Soviet dictatorship to Russian elections, he began studying linguistics. This longterm project of retraining and research has produced his new book Discourse, Dictators and Democrats: Russia’s Place in a Global Process (Burlington, Vt: Ashgate, 2014), which documents discursive causation in the process of making democracies. (To listen to an audio podcast of Prof. Anderson describing this title at a 2015 “Book Talk” for a UCLA research center, click here) He is now engaged in revising a prequel with the working title Discourse before Democracy: Spatial Cues in Politics (under contract with Ashgate), which extends the causal argument by documenting the common traits shared between political discourse encountered in the late Soviet state and similarly undemocratic states before the eighteenth century. He is also the author of Public Politics in an Authoritarian State, a study published by Cornell University Press that shows how campaigning for political office in a non-electoral setting shaped Soviet foreign policy and, since US policy at the time took no account of the possibility for any such effects to exist, raises general questions about the responsiveness of any state’s international conduct to actions of foreign states. He is co-author of a joint volume, Post-Communism and the Theory of Democracy, published by Princeton University Press, in which four specialists on the USSR address the lessons about democracy to be learned from post-Soviet politics. He teaches a graduate seminar on discourse analysis, an undergraduate seminar on political language and voting rights in the United States, an undergraduate course comparing discourse in undemocratic polities throughout history and around the world with the discourse of democracies. He is now developing a course on the paradoxical origins of democracy in colonialism and decolonization. He has also taught Russian politics, introduction to world politics, analytic approaches to comparative politics, and a course on politics in Western Europe as part of an annual summer overseas program offered by UCLA in Europe, which he initiated and brought to fruition.