Home / Publications / The Undiscovered Dewey: Religion, Morality, and the Ethos of Democracy 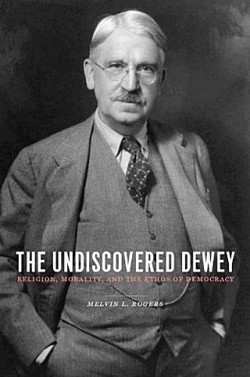 The Undiscovered Dewey: Religion, Morality, and the Ethos of Democracy

In “The Undiscovered Dewey …” the author takes a new approach to viewing the works of 19th- and early 20th-century philosopher and educational reformer John Dewey, a figure considered a founding architect of functional psychology. and works to frame Dewey’s focus on “inquiry” as being a moving force in human activity and progress — making Dewey a proponent of many social interventions now widely practiced.  Prof. Rogers uses the philosopher’s own writings to show Dewey — a man who drew fire during his life from both the right and left – to be a champion of the pluralistic societies that must, in order to survive, continue to make room for religious commitment and be open to negotiations that maintain democratic flexibilities.