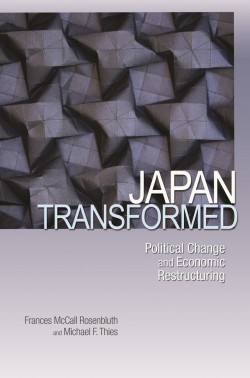 In “Japan Transformed,” the co-authors critique the political economy of one of the world’s leading economic powers — within the broader framework of economic globalization — and show how one nation has been able to reinvent itself in recent decades after a period of destabilization that helped undercut its longtime ruling political party. The book describes how centuries of national history, Japan’s unique culture, and its post-WWII politics have become interrelated, and offers a comparative analysis of how each contributed to the eventual path to an overall neoliberal form of government.